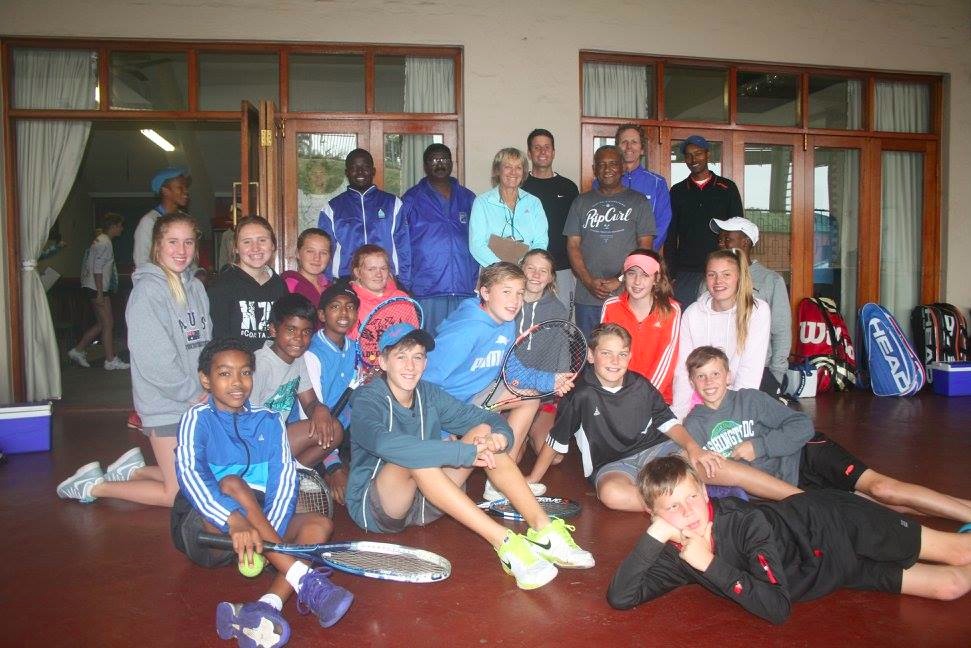 KZN Elite Camp to be held on the following dates

The KZN elite camp was held on the 12th and 13th August.

It was the first time that u10 girls and boys were invited.

Thank you to everyone for making it a successful camp

TENNIS CAMP ON 4/5FEB HELD AT WESTRIDGE PARK A very successful camp was held
over the weekend.
Our compliments must go out to the four coaches, ROWENA SANDERS, ROSS
GELDENHUIS, UGAN PILLAY AND KEVIN ANDERSON.
The coordinator Rowena had a well structured program and implemented it
effectively (within the time frames). The players thoroughly enjoyed the
drills and activities and participated with enthusiasm.
The players were divided into four groups. They rotated amongst the coaches
so that they all did the drills and activities. The intensity varied
according to their physical strength. They were all encouraged to exploit
their maximum effort. The drills and activities were very exciting to the
players and they enjoyed the days demands.

On Saturday morning Piet Terblanche,a biokinitist and a fitness trainer at
the Sharks Academy,addressed the players and coaches. He stressed the
importance of warmups fitness to the players. A had a well drawn up program
and took the players through the different warm up techniques for the
different muscle groups and strengthening them. He rounded off the lesson
with movements relating to playing a tennis match. He did all these
activities on the court,one group at a time. The intensity was great. The
players were actively involved. Later he spoke to the coaches. He told me
that the SHARKS ACADEMY would love to get involved to assist tennis. He is
passionate about tennis.

Oh Sunday morning Dr Naseeba Kathrada spoke to the players about nutrition.
There was good interaction with her and the players. She stressed the
importance of eating healthy and preparing for the sport and tournaments.
She also made them aware of the reasons for their mood swings and drops in
concentration and performance. She also offered to guide and assist the
players in meal planning, if she is approached at WESTRIDGE.
The players had a session on doubles.


Prem Vayapuri, from DSR, came to the courts on Saturday at 11:40. He walked
around and observed the players doing the activities. He was very impressed
with what he saw, the standard of play and the composition of the squad. He
was pleased to see the progress we are making in developing the sport and in
transformation. He thanked the coaches for their contributions and
commitment.

The players went off each day satisfied and exhausted. The parents
appreciate what we are doing and made positive comments.

Our thanks to the Junior Promotion Committee,the coaches, the players and
parents for making the camp a  success. Special thanks to DSR for their
sponsorship,KZN TENNIS for making positive strides in developing and
transforming tennis in the province.